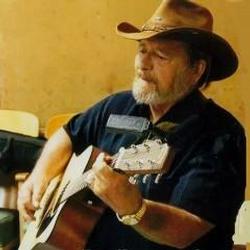 Ronald Lee Wise, 68, a resident of Cleveland, passed away Wednesday, January 7, 2015 at the family residence. He was of the Church of God of Prophecy faith. He was a veteran of the United States Army serving in the Vietnam Combat. He was a recipient of the Purple Heart as well as several other commendations. He was a member of the VFW, DAV, American Legion and the Wounded Warriors. He retired from the Department of Justice.

He is survived by his wife of 38 years, Kathy McElhaney Wise of Cleveland; mother, Lucille Black Wise of Jasonville, IN; daughter, Karie Ann

Funeral services will be conducted at 1:00 p.m. Tuesday, January 13, 2015 in the chapel of Ralph Buckner Funeral Home with Pastor Adam Jones officiating. Interment will be held at 2:30 p.m. following the service at Chattanooga National Cemetery with military honors.

The family will receive friends from 11:00 a.m. to1:00 p.m. Tuesday at the funeral home prior to the service.

The family will accept flowers or memorial contributions may be made to Wounded Warriors Project, PO Box 758517, Topeka, Kansas 66675.

Visitation At:
The family will receive friends from 11:00 a.m. to1:00 p.m. at Ralph Buckner Funeral Home