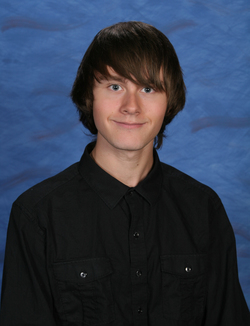 Kyle Edward Morgenthaler, 16, a resident of Cleveland, passed away Sunday, September 20, 2015 in a Chattanooga hospital. He was a former resident of California. He attended First Baptist Church. He was a Life Scout and completed the100 mile hike at Philmont Scout Ranch. He took honor classes at Walker Valley High School with aspirations of becoming a High School Chemistry teacher. He loved writing, hiking and biking. He was an orange belt in Taekwondo.

He is preceded in death by his paternal grandfather, Kenneth Morgenthaler.

Funeral services will be conducted at 3:00 p.m. Sunday, September 27, 2015 in the chapel of Ralph Buckner Funeral Home with Dr. Allan Lockerman officiating. Interment will follow in Sunset Memorial Gardens with a white dove release ceremony concluding the service.

The family asks that in memory of Kyle, donations can be made to the Southern Heritage Bank, PO Box 4730, Cleveland, TN 37320, to help with his funeral expenses.