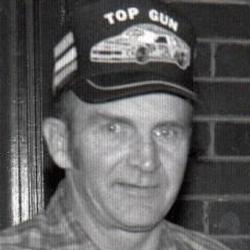 He was married to his loving wife, Erna Lee for fifty three years and was a grandfather and great grandfather who dearly loved his grandkids. He had lived in Cleveland his entire life and was a member of Mt. Olive Church of God. He retired from Maytag where he was a truck driver. Mr. Dixon was also an avid Nascar and UT fan.

He was preceded in death by his parents; Flavis and Lula Mae Dixon, and one sister; Lorine Rakestraw.