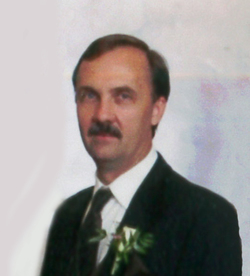 John M. (Mike) Goodman, 60, a resident of Cleveland, passed away Sunday, October 11, 2015 in a Chattanooga hospital. He was a graduate of Tennessee Technological University where he received a B.S. Degree in Engineering and Master’s in Business Administration. He owned Bradley Bookkeeping Tax and Accounting Services and CDS Business Services of Rossville, GA. He was a member of First United Methodist Church and was active in the Methodist Men’s Group, the Homebuilders’ Sunday School Class and assumed various leadership roles.

Mike was also a devoted member to the Noonday Lions Club, and served on various civic and non-profit boards. Fishing and golfing were two of his favorite hobbies, and he greatly enjoyed spending time with his family and friends.

He was preceded in death by his parents, John H. and Marlene Goodman.

Memorial services will be held at 3:00 p.m. on Tuesday, October 13, 2015 at First United Methodist Church with Pastor Tim Bracken officiating. A private family burial will be held at a later date.

In lieu of flower, memorials may be made to; First United Methodist Church in Cleveland, 3425 N Ocoee Street, Cleveland, TN 37312 or to the American Cancer Society, https://donate.cancer.org/index.

Funeral At:
Memorial services will be held at 3:00 p.m. on Tuesday, October 13, 2015 at First United Methodist Church.