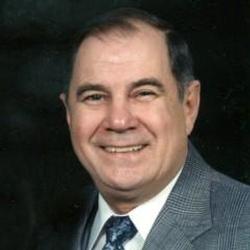 Norman Howard Buckner, 78 of Cleveland passed away Friday, January 9, 2015 in a Chattanooga hospital.He was a member of East Side church of Christ.

He was a graduate of Bradley Central High School, class of 1956, and worked at Bowater for 45 years before retiring. Norman was a devoted and loving husband, father and popaw. His love for his family was immeasurable. He loved spending time with family taking trips to the beach, Disney World and the mountains. He never missed his grandchildren’s sports and school activities. His family was truly his pride and joy. He also loved traveling with his wife on Bridgemaker bus trips and was an avid gardener. Norman truly loved being around his family and friends.

He was preceded in death by his parents, Howard O. Buckner and Callie Mae Hightower Buckner and brothers, Carl (Doe) Buckner and Melvin Bruce Buckner.

The family suggests that memorials be made to the East Side church of Christ Building Fund, PO Box 1434, Cleveland, TN 37364