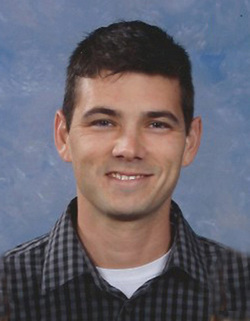 Brian Everett Gallaher, 37, of Cleveland, passed away Thursday, June 25, 2015. He was a 1996 graduate of Bradley Central High School and a 2000 graduate of Lee University. Brian received his masters of music trumpet performance from Lee University in 2010. He was a well-known musician in the Cleveland and Chattanooga area and was the band teacher at Ocoee Middle School, assisting also with the Walker Valley High School Marching Band. Brian was a member of the Westmore Church of God where he served as orchestra coordinator and member as well as director of the youth orchestra. He was a devoted family man who loved his family.

He was preceded in death by his maternal grandparents, Carolina Bright Holloway and Jack Everett Holloway; and paternal grandfather, Bryan Keith Gallaher.

His family will receive friends from 3:00-6:00 p.m. on Sunday at the Westmore Church of God.

The family requests that memorials be made to the Brian Gallaher Memorial Fund, c/o Southern Heritage Bank, PO Box 3020 Keith Street NW, Cleveland TN 37312 or by visiting any branch of Southern Heritage. You may also use www.gofundme.com/xxs5d98r.

Visitation At:
His family will receive friends from 3:00-6:00 p.m. on Sunday at the Westmore Church of God

Funeral At:
Westmore Church of God