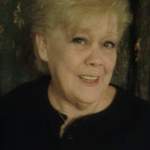 She was preceded in death by her parents, Jesse and Juanita Rice and Sisters; Faye Hinkle and JoAnn Rice.

Shirley was a special lady. She was a loving and devoted mother and grandmother that was loved by all.

Visitation At:
Visitation will be one hour prior to service at the funeral home.


Funeral At:
A memorial service will be 2 p.m. Saturday, January 16, 2016, at Magnolia Chapel Funeral Home South.