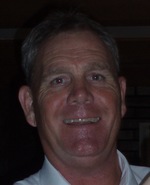 He was born February 3, 1956. Roger was a graduate of Holt High School and was married to Donna Turner.

Roger was preceded in death by his parents Floyd Turner, Nell Perry and his stepfather John Perry.

Roger served many in the Tuscaloosa and Northport communities. He was an asset to Bible Baptist Church, especially the children's ministry program and had a heart for all children to know the Lord. He was a phenomenal husband,father and grandfather whom loved his children and grandchildren unconditionally. Roger also helped many in his community rebuild after tragedy struck their lives, he could fix anything , and do it right. He impacted so many people and their families. Roger was an avid University of Alabama s fan. He will always be remembered as a loving PawPaw and RaRa.

Services will be held at Magnolia Chapel North on Friday January 30, 2015 at 1:00pm. Visitation will be held from 11:00am until 1:00pm at the funeral home. Burial will follow at Bethel Presbyterian Church Cemetery.

Honorary pallbearers will include members of Bible Baptist Church and BF Goodrich employees.