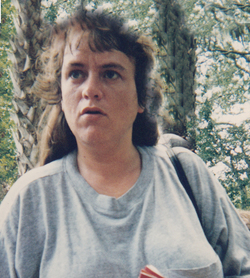 Star Norman, 48, a resident of Georgetown, passed away Monday, August 10, 2015 at the Hospice facility in Chattanooga.

Funeral services will be held at 3:00 p.m. Thursday, August 13, 2015 in the chapel of Ralph Buckner Funeral Home with Reverend Peggy Denton officiating. Interment will follow in Denton Family Cemetery.

The family will receive friends from 12-3 p.m. Thursday at the funeral home prior to the service.

Visitation At:
12-3 p.m. Thursday at the funeral home prior to the service.