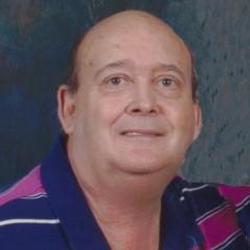 Reverend Robbins was the son of the late Herbert Victor Robbins and Alma Imogene Johnson Robbins and was also preceded in death by his two children, Eddy and Teddy Robbins; and sister, Darlene Merritt.

The family will receive friends from 12-2 p.m. Thursday at the funeral home prior to the service.

Visitation At:
The family will receive friends from 12-2 p.m. at Ralph Buckner Funeral Home