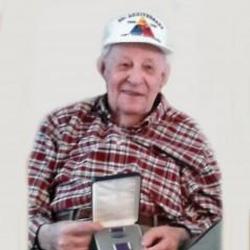 Lester D. Hale, 91, of Ocoee, passed away Sunday, January 18, 2015 at his home. He was a member of Sequatchie Valley Church of Christ. He was a retired beef cattle farmer. Mr. Hale was a veteran of the United States Army. In World War II he was at Utah Beach in the Normandy Invasion, where he was in Patton’s 3rd Army. He was severely wounded in combat and later received a Purple Heart for his war injuries.

He was preceded in death by his wife, Myrtle Hale; parents, Harry and Stella Smith Hale and two brothers and one sister.