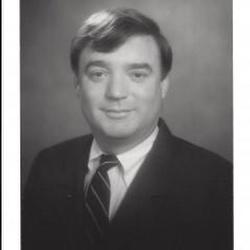 J. Hoyle Rymer, a corporate executive, philanthropist and community leader, died Monday, May 4, 2015 at his Florida home, with his wife and sons at his side. He was 70 and had waged a valiant battle with cancer for two decades.

From 1978 to 1988, Mr. Rymer was president of Magic Chef, Inc., the appliance manufacturer and served Cleveland Associated Industries as president or director from 1976 to 1992. He also served on numerous corporate and industry boards, and had been chairman of the Gas Appliance Manufacturers Association and the Tennessee Economic Development Plan Task Force.

Among many other civic activities, he was instrumental in creating Cleveland’s Museum Center at 5ive Points and Fletcher Park and was on the board that developed the Ocoee River as a venue for Atlanta’s 1996 Olympics. As a longtime force with United Way of Bradley County, Mr. Rymer was recognized with the group’s William F. Johnson Leadership Award in 1988.

He was an expert hunter and fisherman, a passion that led to his foundational partnership in Royal Wolf Lodge, a five-star remote fly-fishing lodge in Alaska’s Katmai National Park and Preserve.

Educated at the McCallie School (and later a member of its board of trustees), Mr. Rymer was a graduate of Davidson College and received his MBA from Emory University. Always emphasizing the value of education, he and his late father began the Robert and Hoyle Rymer Foundation to provide nursing scholarships at Cleveland State Community College and Chattanooga State College.

With the support and inspiration of Dr. Paul Conn, the foundation partnered with Lee University in 1990 to establish the Rymer Scholar Program. It is designed to defray the high cost of a private education in order to encourage the brightest local high school seniors to stay in Bradley County. The program has grown from two annual recipients to nine, awarding more than 200 scholarships in the last 24 years.

A lifelong Episcopalian, Mr. Rymer was a parishioner at St. Luke’s Episcopal Church in Cleveland before joining St. Barnabas Episcopal Church on the family’s move to DeLand. Once there, he made the church and its school the centerpiece of his philanthropy. He served four terms on the executive committee of the school’s board of trustees, twice as president, and was chairman of the capital campaign to build the church’s Harwood Family Life Center.

Also in DeLand, Mr. Rymer served as president of the Family Enterprise Center of Stetson University.

Proudly conservative, he was recognized as a Tennessee Republican Statesman for 25 years.

Mr. Rymer was awarded a Bronze Star for his service as a U.S. Army lieutenant in Vietnam and a Meritorious Service Award for pioneering work in cost analysis at the Pentagon. He also worked at the Department of Health, Education and Welfare before embarking on his career of entrepreneurship and industry.

The family will receive visitors from 4 to 6 p.m. Thursday, May 7, at the Ralph Buckner Funeral Home.

In planning his arrangements, Mr. Rymer said he wanted his pallbearers to be “the men who carried me throughout my career and my life, and I want them to carry me one last time.” They are Jerry Ward, Bill Ward, Bill McClure, Roger Hanger, Larry Brand, Nelson Wooldridge, Tiger Jones, Judson Vines and Bob Chaplin.

After a private burial in the family plot at Hilcrest Cemetery, friends are invited to a reception from 12:30 to 2:30 p.m. at the Museum Center at 5 Points.

Instead of flowers, memorial donations may be made to the Museum Center or the Leah F. Hoyle Fund of the Cleveland Public Library.

Visitation At:
The family will receive visitors from 4 to 6 p.m. Thursday, May 7, at the Ralph Buckner Funeral Home.