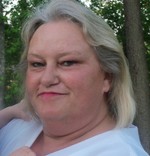 TUSCALOOSA | Norma (Jean-Jean) Patterson, age 57, of Tuscaloosa, died February 12, 2016, at DCH Regional Medical Center. Memorial Services will be 6 p.m. Monday, February 15, 2016, at Magnolia Chapel Funeral Home South with Bro. Tim Parker officiating. Visitation will be one hour prior to services.
She was preceded in death by her brothers, Dwight Childers and Steven Dunnaway; father, James Childers; mother, Rita Mae Childers; nieces, Kenzliegh Thomas (Ken-Ken) and Wendy Banks; and nephew, Michael Kizziah.
Survivors include her husband, Steve Beaver; daughters, Krissy Day (Robin) and Kim Barger (Bruce); sisters, Brenda Kizziah (Glenn), Diana Aaron, Angela Burkes (Grady) and Beth Anne Baker (Robert); brothers, Donnie Dunnaway, Billy Dunnaway (Dru) and Richard Childers (Sherry); and grandchildren, Hali Skelton, Drey Irby, Ryan Cierocke, Rayli Cierocke, Farrah Irby and Arliegh Day.
Norma Jean Patterson, better known as "Jean Jean" was the kindest soul. She had a heart full of genuine love that she loved to share. Jean Jean never put herself first a day in her life.
Norma Jean was married twenty years to her true love. She had two daughters, but was a mother to many and a friend to all. She will be greatly missed.
It would break her heart to see everyone she loved so much being so heartbroken because she was such a caring soul. She would want you to draw closer to God and pray for His kingdom to come because that is where you will find her running like Forrest Gump when he first got his legs. Her legacy of unconditional love will live on through many.

Visitation At:
Visitation will be one hour prior to services.