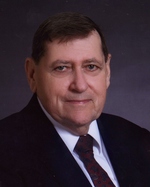 He was preceded in death by his parents, Samuel Perry Evans and Dorothy Fleming Evans.

He was a graduate of Tuscaloosa High School and a graduate of the University of Alabama where he received his B.S. and M.A. in Engineering. He was a veteran of the U. S. Navy and served during the Vietnam Conflict. In his professional career, he worked as an engineer for the firms of Reynolds, Smith, and Hills in Jacksonville, Fla.; Hendon Associates in Birmingham, Ala.; and Ponder in Mobile, Ala. as well as a consultant for Cassady Company in Tuscaloosa. He worked for Almon Associates in Tuscaloosa for many years until his retirement. He was a member of the 5th Alabama Infantry Regiment Band where he played the trumpet. He was a member of Calvary Baptist Church and enjoyed Bama football, fishing and racquetball.

Honorary pallbearers will be Carl Davis, Victor Stark, Dan Gray, Max Wilson, Corky Odom, Dr. Billy Wright, Calvin Cassady, Dr. Robert Ireland, Harry Doty, the 5th Alabama Infantry Regiment Band, the Amedisys Home Health and Hospice Team, and all of his wonderful friends, neighbors, co-workers and cohorts that he was so blessed to have throughout the years.

In lieu of flowers, please make donations to Amedisys Hospice.