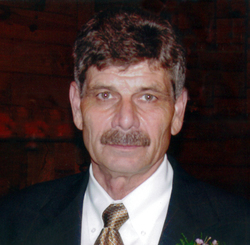 Terry R. Avery, 66, a resident of Cleveland, passed away Wednesday, September 2, 2015 at the family residence. He was a member of First Baptist Church.
He was loved by everyone he met and was an avid caretaker for others.

He was a veteran of the United States Marines and received multiple service awards including two purple hearts, serving in the Vietnam War. He was a member of the VFW, American Legion, 40/8, DAV, and the Marine Corp League. Terry supported all of his fellow veterans. He was an active member of the Bradley County Honor Guard which provides full military honors at funerals when requested as a gift to the veterans’ family.

Mr. Avery was the son of the late Rufus Avery and Mabel Ann Ellington Avery and was also preceded in death by his brother, Eric Avery.

Funeral services will be conducted at 12 noon on Tuesday, September 8, 2015 in the chapel of Ralph Buckner Funeral Home with Reverend Gary Sears officiating. Interment will follow at 1:30 p.m. at the Chattanooga National Cemetery with Chaplain Bill Norwood officiating. There will be military honors and a white dove release ceremony will conclude the service.

The family will receive friends on Monday, September 7, 2015 at the funeral home from 6 to 8 p.m.


Funeral At:
12 noon on Tuesday, September 8, 2015 in the chapel of Ralph Buckner Funeral Home