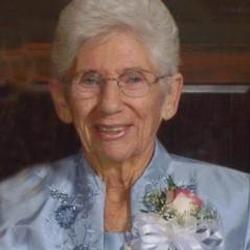 Jeane Cannon Casson, 91, a resident of Ooltewah, passed away peacefully Saturday, January 31, 2015, at the Hospice Care Center of Chattanooga. She was of the Protestant faith and had lived in the area her entire life. She was a member of Fit-One Gym and a member of the Silver Sneakers Class. She enjoyed gospel music and gardening.

She was preceded in death by her husband, James Deward Casson; one son and precious daughter-in-law, Tony and Cindy Casson of Killen, AL; parents, Willie and Glenna Still Cannon of Cleveland; two brothers, Ralph and Wendall Cannon; and two sisters, Irene Vincent and Sue Cannon, all of Cleveland.

She is survived by her precious daughter, Nancy Diegel and husband Archie of Ooltewah; two grandchildren, Heather Holmes and husband Jason of Pelham, AL, and Major Joshua Casson and wife Vickie of Killen, AL; four great grandchildren, Evie and Audrey Casson of Killen, AL, and Ella and William Holmes of Pelham, AL; brother, Ernest Joe Cannon and wife Jean of Cleveland; and a precious niece, Kathy Cannon of Cleveland; several cousins, nephews and nieces; and sisters-in-law Edwina Dill and Beverly Cannon, all of Cleveland.

Graveside services will be conducted on Wednesday, February 4, 2015 at 10:00 a.m. at the Chattanooga National Cemetery with Hospice Chaplain Art Jones officiating.

Ralph Buckner Funeral Home and Crematory is in charge of arrangements.

Funeral At:
Graveside services will be conducted at Chattanooga National Cemetery