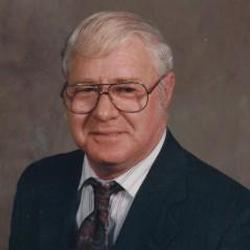 James William (Bill) Torbett, 80, of Cleveland, Tennessee passed away on Saturday, January 24, 2015, at a local hospital surrounded by his family.

Bill was the son of James Herbert Torbett and James Jewell Hicks Torbett. He was born October 7, 1934 in McMinn County and moved to Cleveland in 1963.

Bill was a retired truck driver of 46 years, driving the last 27 years for Magic Chef/Maytag with over 3 million safe driving miles. He exemplified his motto of “anything worth doing was worth doing right” in all that he did. He was passionate about his family, his work, and his faith.

He instilled a small piece of himself in everyone that he met, and will be greatly missed by all that knew him.

A memorial service will be conducted at 7:00 p.m. Tuesday, January 27, 2015 in the chapel of Ralph Buckner Funeral Home with his nephew, Reverend Travis Torbett officiating.

The family will receive friends from 4:00 p.m. to 7:00 p.m. Tuesday at the funeral home prior to the service.

In lieu of flowers, the family asks that instead you make a donation to the American Cancer Society or the charity of your choice.

Visitation At:
Ralph Buckner Funeral Home prior to service