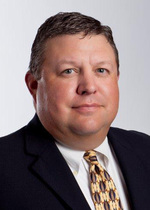 NORTHPORT | Henry Wayne "Hank" Wilson, Jr., age 41, of Northport, died Sunday, March 1, 2015, from injuries sustained in an automobile accident. Services will be at 11:00 a.m. on Saturday, March 7, 2015, at Magnolia Chapel North with Rev. Mike Spivey, Rev. Al Geise, and Rev. Jerry Croft, officiating, and Magnolia Chapel Funeral Home North directing. Visitation will be one hour prior to the services. A private burial in Magnolia Cemetery will follow.

He was preceded in death by his grandparents, John Allen Wilson and Vera B. Wilson, and Henry E. Jacobs.

Hank earned his B.S. in Accounting from the University of Alabama and an MBA from Troy State University. He was employed by Jamison, Money, Farmer and Co., PC as an Audit Manager. He was active in various professional, civic and community organizations including the American Institute of Certified Public Accountants, the Alabama Society of Certified Public Accountants, Rotary International, and the Y-Men's Club. He was a 2007 graduate of Leadership Tuscaloosa, a former member of the board of Big Brothers Big Sisters, and served on the finance committee at Northport First United Methodist Church. One of his most proud accomplishments remained his achievement of the Eagle Scout rank. He exemplified service and commitment to others in his daily life, sharing his gift for singing and performing in children's and youth ministries throughout his life.
He demonstrated an unrelenting love for his friends and family, especially his high school sweetheart, best friend and wife with whom he spent over 25 years; and their children who were his heart's treasure. Hank was a kind and devoted son, grandson, and brother who always looked for the positive in any situation and found the very best in everyone he encountered. His sense of adventure, quick wit and hearty laugh endeared him to friends, colleagues and clients who will all cherish fond memories of him.

Visitation At:
Visitation will be one hour prior to the services. A private burial in Magnolia Cemetery will follow.