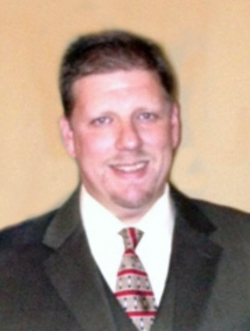 David Austin Maples, 46, a resident of Cleveland, passed away Tuesday, October 6, 2015 in a local hospital. He was a member of First United Methodist Church. He was employed with TVA.

Funeral services will be held at 11:00 a.m. Friday, October 9, 2015 at the First United Methodist Church with Tim Brackin officiating. Interment will follow in Sunset Memorial Gardens with a white dove release ceremony concluding the service.

In lieu of flowers memorials may be made to the Maples Memorial Fund at Regions Bank, Attention: Teri Boyd, 178 Paul Huff Parkway, Cleveland, TN 37312.