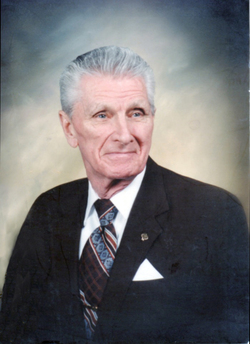 Carl Broyles, a resident of Cleveland, passed away Friday, August 21, 2015 in a local hospital. He served as SGT Major in the United States Army, where he received the American Theater Ribbon, European African Middle Eastern Theater Ribbon, Four Bronze Stars, Good Conduct Ribbon and a World War II Victory Medal. He was a member of the VFW and the American Legion and was of Methodist faith.

Funeral services will be held at 10:00 a.m. on Tuesday, August 25, 2015 in the chapel of Ralph Buckner Funeral Home. Interment will follow in Hilcrest Memorial Gardens with military honors and a white dove release ceremony will conclude the service.