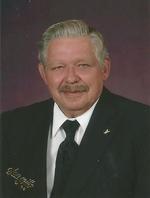 He is preceded in death by his parents James and Arla Knox a sister Alva and brother Stanley Knox.

Harry was a member of Liberty Baptist Church. He loved his Sunday school class and his church family. He attended school in Ohio and served in the armed forces. He was a member of the armed forces and The American Legion. He worked as plumber for 31 years, starting his own business in 2003, working mostly in North Alabama. He was a hard worker always ready to help anyone with any kind of problem. Harry was a kind and loving man. His wife, children, grandchildren and great grandchildren brought joy to his life. He brought joy to those around him and made many good friends along the way. He will be missed so much, but will remain in our hearts forever and always.

Honorary Pallbearers will be Justin Zane, Liberty Baptist Church Family, Judy Parker, Shirley Morrison, Helen Parker, Minnie Brice, Hazel Smith, The Spain family, friends of Duncanville and the many friends he has made over the years in his business as a plumber

Visitation At:
Magnolia Chapel South Wednesday from 6pm to 8pm.