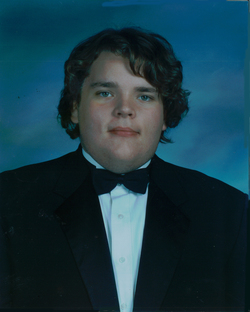 Travis Ward McCoin, age 28, of Cleveland died unexpectedly August 10, 2015. Travis is survived by his brother, Nathan M. McCoin, Sandy Springs, Georgia; his mother, Donna W. McCoin, The Villages, Florida; and his father, George N. McCoin, Cleveland.
Travis was a lifelong resident of Cleveland and a 2004 graduate of Cleveland High School. A music lover, he played tuba in the CHS Marching and Concert Bands. He attended the University of Tennessee Chattanooga and Cleveland State Community College.

Travis was kind, gentle, and loved. His friends were dear to him; his greatest joy was time spent with friends. He died with many hopes and aspirations unfulfilled. Travis struggled with health issues that culminated in a diagnosis of schizophrenia or schizoaffective disorder. This neurotransmitter illness robbed him of college and more. After years of effort, he recently was much improved and hoping to find employment when his life was cut short by other health issues.
The lack of evidence based medicine in treating mental health problems leaves health providers with limited options. Research is needed to develop the means of gathering medical evidence to effectively treat this illness.

The family requests memorials to:

Visitation will be at Ralph Buckner Funeral Home from 4:00 to 6:00 pm on Thursday, followed by a short memorial service at 6:30.

Visitation At:
Ralph Buckner Funeral Home from 4:00 to 6:00 pm on Thursday, followed by a short memorial service at 6:30.