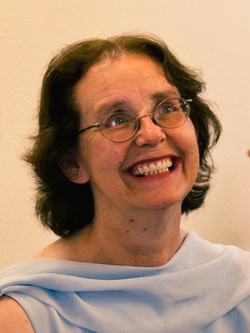 Felicity Connolly-Brown, 60, of Barrhead, Scotland, died Sunday the 7th of February 2016 at her home in Cleveland, TN. She fought a valiant battle with ALS and finally surrendered with grace and dignity surrounded by her loved ones. She was a lifelong Roman Catholic a member of St. Therese of Lisieux, and a mother whose generous heart never turned away anyone in need.

She is preceded in death by her parents, Hugh and Mary Connolly; her brothers, William and Emmett Connolly; and her sister, Rosemary McGinty.

She is survived by her husband of 39 years, Lester Brown; her siblings, Hugh Connolly and Deidre McGowan; her children, Maryska, Cassandra, Anna-Marie, Hugh, Arwen, Eowyn, Pluto (born Kathleen), Carmelita, Lucia, Robert, Gwendolyn and Malachi; her grandchildren, Cosette, Rowan, Hugh and James; the children of her heart, Jeremy Robinson, Samantha Lastarr Brown and Kyla Hartley; and many other relatives.

In lieu of flowers, donations can be made to Hospice of Chattanooga, www.hospiceofchattanooga.org.

Her remains will be interred in Scotland at a later date.