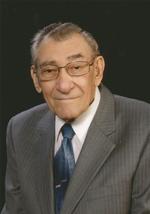 After a seven year battle with cancer, Gerald ""Jerry"" Eugene Adam, 79, went home to be with his Lord and Savior Jesus Christ on April 19, 2015, with his loving family at his side at Hospice of West Alabama. Visitation will be at Circlewood Baptist on Sunday, April 26, 2015 from 6 p.m. to 8 p.m. and funeral services will be Monday, April 27, 2015, at 11 a.m. at Circlewood Baptist Church with. with Rev. Herb Thomas and Chaplain Ron Howard officiating. Magnolia Funeral Home South is handling arrangements.

Jerry was born Aug. 2, 1935, in the town of Brunswick, Eau Claire, Wisconsin, to Paul and Olga Adam. He graduated with the class of 1954 at Eau Claire High School. He worked 29 years at BF Goodrich in the maintenance department. After retirement, Jerry worked for Enterprise Rent-A-Car for 11 years. Jerry also spent nine years in the Wisconsin National Guard. While activated to Fort Lewis, Washington, he met the love of his life, Anita.

Jerry moved to Alabama 23 years ago. While in Alabama, he became an Alabama football fan but most enjoyed Alabama gymnastics and sat in seat K 10/16 for 22 years.
Jerry and Anita enjoyed visiting all but three states. They spent much time at their second home in Pigeon Forge. He enjoyed Dollywood, especially the Kingdom Heirs gospel group. While there, he attended Gum Stand Baptist Church. He was blessed to have made mission trips to New Orleans and the Ukraine. Jerry loved the Lord with his whole being.

He was preceded in death by his parents; his son, Michael (March, 20, 2013); his sister, Berdella Conlley; his infant brother, Benny; and his brothers, Robert, Raymond, and Charles.

Jerry was an active member of Circlewood Baptist Church where he was a greeter, usher, and member of the men's Thursday morning prayer group. He also enjoyed delivering the tape ministry to shut-ins and anywhere else needed.

Honorary pallbearers are members of Circlewood Baptist Church, Johnnie and Joyce Allen, Frank and Julie Fondren, nurses at TSICU at DCH Medical Center, and Bro. Herb and Ms. Virginia Thomas.
""Wait for me, my Love, just beyond the moon"".
""Roses are Red My LOVE""

Visitation At:
Visitation will be at Circlewood Baptist