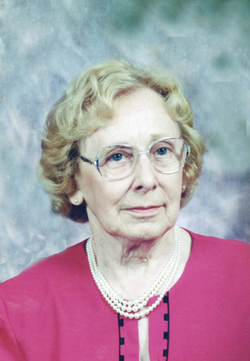 Mary Tinsley, 91, a life time resident of Charleston, passed away Thursday, October 22, 2015 in a Chattanooga hospital. She was a member of Candies Creek Baptist Church. She was retired from Hardwick Clothes after many years of service.

Funeral services will be conducted at 2:00 p.m. Sunday, October 25, 2015 in the chapel of Ralph Buckner Funeral Home with Reverend Jamie Work officiating. Interment will follow in Candies Creek Baptist Church Cemetery with a white dove release ceremony concluding the service.

The family will receive friends from 5 pm to 8 pm Saturday, October 24, 2015 at the funeral home.