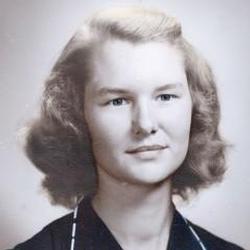 She had lived in the Cleveland area her entire life. She was an active member of the Durkee Road Church of God of Prophecy. She had served as a Gray Lady at the hospital, and loved serving other people in need. She was a caretaker at heart.

She was preceded in death by her husband, Woodrow Roy Stevenson; parents, James Carden and Rebecca Coffee Carden; and brother, James Carden, Jr.