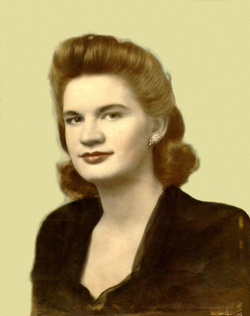 Fleeta Arlone Watson Edmiston, 90, of Lenoir City, passed away Saturday, October 3, 2015 at a hospital in Lenoir City, TN. She was a loving mother and was of the Baptist faith.

A funeral service will be conducted at 12:30 p.m. Wednesday, October 7, 2015, in the chapel of Ralph Buckner Funeral Home. Interment will follow at the Chattanooga National Cemetery. A white dove release ceremony will conclude the service.