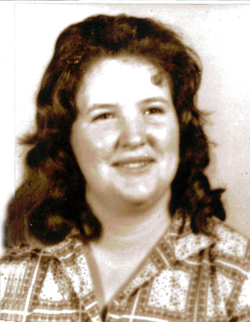 Bonnie Lou Vines, 67, a resident of Cleveland, passed away Wednesday, November 25, 2015 at her home. She enjoyed spending time with her family, especially her grandchildren. She was of Christian faith.

She was preceded in death by her mother and father, Nora Mae Allen and Joseph Miller Hembree and siblings, George Hembree, Mae Hyde, David Hembree, Luke Hembree, and Truman Hembree.

Funeral services will be conducted at 2:00 p.m. on Monday, November 30, 2015 in the chapel of Ralph Buckner Funeral Home with the Reverend Scott Hembree officiating. Interment will follow in Prospect Cemetery with a white dove release ceremony concluding the service.