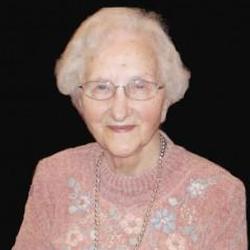 Lona Lewis Duncan, 94, a resident of Cleveland, passed away Tuesday, January 6, 2015 in a local healthcare facility.

She was known for her loving and caring ways and her numerous acts of thoughtfulness, kindness, and compassion for the needs of others throughout her lifetime. She had a love for taking care of others in the hospital and nursing homes. She was active, as long as her health permitted, at Broad Street United Methodist Church and the Fealty Sunday School Class. She took much pride in her work with preserving the history of the church and had been a member of a garden club and the Cleveland Library Board.

Funeral services will be conducted at 2:00 p.m. Friday, January 9, 2015 at the Broad Street United Methodist Church with Reverend Debbie Stokes and Reverend Randy Martin officiating. A private interment will follow. The Fealty Sunday School Class will serve as honorary pallbearers.

The family will receive friends from 12-2 p.m. Friday at the church prior to the service.