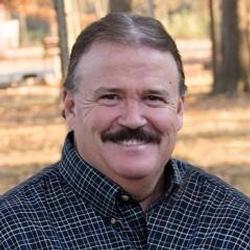 Philip Edward Munck, age 56, a resident of Cleveland, passed away unexpectedly Sunday, March 1, 2015 while on a Disney Cruise with his wife and children. He was a native of Cleveland, a member of Mount Olive Church of God for 25 years, and co-owner of Re/Max Experience. He liked hunting, camping, and fishing, loved just hanging out with his boys, taking family trips which they did together often, taking his wife on date nights, and flipped houses in his spare time. But more than anything it was the everyday way he adored his boys and wife of 20 years. He played baseball for Cleveland State, and then was drafted by the Boston Red Sox Minor League Organization. Once owner of Sunset Portraits, he was an extraordinary photographer.

He was preceded in death by parents Harold Philip “Hal” Munck and Elizabeth Parson Munck.

In lieu of flowers, the family requests memorials be made to Mount Olive Church of God for “Those in Need in the Community Fund.” Mail to: 3522 Harrison Pike, Cleveland, TN 37311.