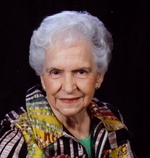 Shirley Arnold Lewis, age 79, of Tuscaloosa, died July 2, 2015, at Hospice of West Alabama. Services will be 11 a.m. Monday, July 6, 2015 at Circlewood Baptist Church with Dr. Herb Thomas officiating. Burial will follow in Memory Hill Gardens with Magnolia Chapel Funeral Home South directing. Visitation will be Sunday, July 5, 2015, from 6 to 8 p.m. at Circlewood Baptist Church. The body will lie in state one hour prior to services.

She was preceded in death by her husband of 58 years, William (Bill) Lewis; her son Gavin Arnold Lewis; parents Matt and Bertha Arnold; sisters Ruth Thompson and Flo Bailey and brother Harold Arnold.

Shirley was known to many as \"Nana\", she was an active member of Circlewood Baptist Church where she sang in the celebration choir. She was also a member of W.O.M. and the Tuesday Morning lLadies prayer group.Shirley enjoyed eating with the Monday night supper club and having breakfast with her dear friends, Mollie and Lou at Buddy's. Her most treasured thing was cooking Sunday lunch for her family. Some of her favorite times were spent vacationing, tailgating and camping with her siblings. Shirley worked at Cain Steel for over 50 years where she met many friends. Proverbs 31 describes the Godly women she was.

At the family's request memorial donations may be made to Circlewood Baptist Church music ministry or Hospice of West Alabama.