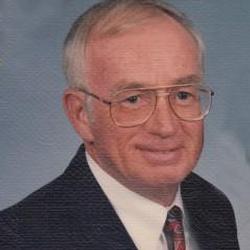 John P. Ward, 73, a resident of Cleveland for 49 years, passed away Monday, April 27, 2015 in a Chattanooga hospital. He was employed by American Uniform for 38 years where he served as Vice President of Finance and Secretary.

He was preceded in death by his son, Mark Ward; mother and father, Dorothy McFadden and Monty Ward; brother, Don L. Ward.

Funeral services will be conducted at 7:30 p.m. Thursday, April 30, 2015 in the chapel of Ralph Buckner Funeral Home with Reverend Tom Wickes officiating. Interment will be held at 11:00 a.m. Friday, May 1, 2015 at Sunset Memorial Gardens with a white dove release ceremony concluding the service. Ken Hart, Ken Webb, Jonathan Cochrane, Buddy Kimsey, Stacey Bower, and Billy Long will serve as pallbearers.

The family will receive friends from 4:00 p.m. to 7:30 p.m. Thursday at the funeral home prior to the service.

Visitation At:
The family will receive friends from 4:00 p.m. to 7:30 p.m. Thursday at the funeral home prior to the service.