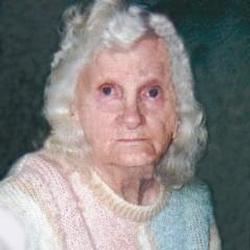 Mary Lucilla Jenkins, 90, a resident of Charleston, passed away Thursday, February 12, 2015 at the family residence. She was of the Baptist faith.