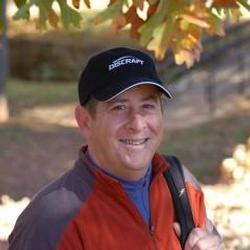 William Woodrow “Woody” Blackwell, III, 55, of Columbia, SC, died Thursday, February 5, 2015. Born May 20, 1959 in Columbia, SC, he was the son of William Woodrow “Woody” Blackwell, Jr. and Patricia Riley Blackwell. A graduate of LSU, Woody was an architect with a passion for innovative design that led him to work on golf courses, schools, and a number of public institutions. He was a wonderful disc golfer and held Masters Champion titles in both Georgia and South Carolina. Additionally, he was a premier Ultimate Frisbee player. His skill as a designer led to him being awarded the Disc of the Year for an Ultimate Frisbee design. Woody enjoyed the outdoors, and he took great pleasure in studying astronomy and sharing his excitement with friends and family, by whom he will be deeply missed.

In addition to his parents, Woody is survived by a brother, Robert Blackwell; sister, Teri Blackwell; aunts, Carolyn B. Hiott (T.J.), and Virginia Wray; uncles, John, and Don Skinner; as well as many cousins.

A Mass of the Resurrection will be conducted at 10:00 a.m. Saturday, February 14, 2015 at the St. Therese of Lisieux Catholic Church with Father Mike Nolan presiding.

In lieu of flowers, donations may be made to the St. Therese of Lisieux Catholic Church Building Fund, 900 Clingan Ridge Drive, NW, Cleveland, TN 37312.

Funeral At:
A Mass of the Resurrection will be conducted at 10:00 a.m. Saturday, February 14, 2015 at the St. Therese of Lisieux Catholic Churc