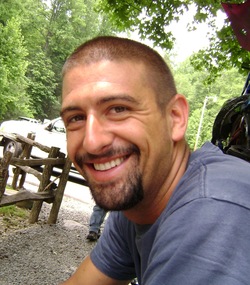 Jeremy Jay Bibee, 31, a resident of Cleveland, went to his Heavenly Home on Saturday, July 25, 2015, surrounded by his loving family after his brave battle. He was a member of Wesley Memorial UMC. He loved God, his family, his puppies, and fishing, especially at the beach.

He was preceded in death by his maternal grandparents, Pat and Freda Murphy.

Donations may be made to Wesley K.I.D.S. at Wesley Memorial UMC, a program that he put his heart into.