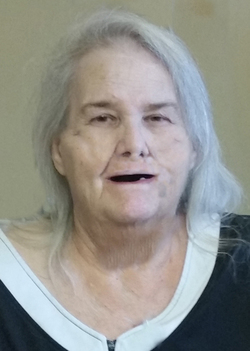 Opal O’Rear, 68, a lifelong resident of Birchwood, passed away Monday, October 26, 2015 in a Chattanooga hospital. She was of the Baptist faith.

She was preceded in death by her husband, Harry C. O’Rear who passed away on April 03, 2015; her son, Wesley Lloyd O’Rear; her parents, Luther Jackson Pendergrass and Mary Ruth Cranfield Pendergrass; and also her siblings, Joe Pendergrass, Della Sue Myers, Bobbie Cordell and Nancy Clark.

Funeral services will be conducted at 1:00 p.m. Thursday, October 29, 2015 in the chapel of Ralph Buckner Funeral Home with Roger Carnes officiating. Interment will follow in McIntuff Cemetery. A white dove release ceremony will conclude the service.

The family will receive friends from 11:00 a.m. to 1:00 p.m. Thursday at the funeral home prior to the service.