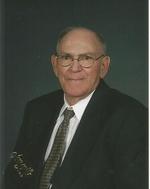 Harvey Lee Davis, age 83, of Tuscaloosa, died June 14, 2015, at Hospice of West Alabama. Services will be 1 p.m. Wednesday, June 17, 2015 at Magnolia Chapel Funeral Home South. Burial will follow in Kennedy Alabama Cemetery with graveside services at 3:30 p.m.
Harvey Lee was born to Charles and Sophie Davis on August 16, 1931 and has been a resident of Tuscaloosa for more than 60 years. He grew up in his beloved Kennedy and was proud that he had been expelled from Kennedy Elementary for fighting on school grounds before he enrolled in the first grade. An exceptional high school athlete,
he was one of the first inductees of the Lamar County Sports Hall of Fame. He turned down a collegiate football scholarship to join the United States Navy and shortly thereafter married the love of his life, Nellie Jo Davis. They have been married for almost 65 years and the last five of his life he would tell everyone, I am still here because of the good Lord and Jo.
After serving in the United States Navy, Harvey moved to Tuscaloosa and began a career as a firefighter. He rose to the rank of Captain and forged friendships and bonds with many other firefighters that can only be understood by those that live together for 24 hours at a time and always do your duty regardless of the danger or situation. He retired after 35 years of service.
Harvey's passion was Alabama football. He had the blessing of being Coach Paul Bryant's official driver for 12 years. From then on and much more importantly to him, he remained Coach's close personal friend. The love and support of the extended Bryant family gave him joy and blessing until the end of his life.
He was preceded in death by his parents and a brother, Charles A. Davis.
Survivors include his wife, Nellie Jo Dorroh Davis; son, Steve (Cindy); daughters, Marsha, Karen (Fred), and Jan (Rob); grandchildren, Holli Hammond (Alan), Delane Walters (Eva), and Jeremy Davis; great-grandchildren, Hannah Grace Hammond, Julian Edmonds and Flynt Hudson; sister, Mary Elmore; sister-in-law, Sharron Davis; aunts: Evelyn Davis and Charlene Davis; numerous nieces, nephews and step- grandchildren; and great grandchildren.
Pall bears will be the honor guard of the Tuscaloosa Fire Department.
Honorary pall bears will be current and retired firefighters.
The family would like to thank DCH Home Health and Hospice of West Alabama for their kindness and Dr. William hill, Dr. Anne Lewis and Dr. Scott Fulgham for their years of attention and care for our father.
In lieu of flowers the family requests that donations be made to Hospice of West Alabama.