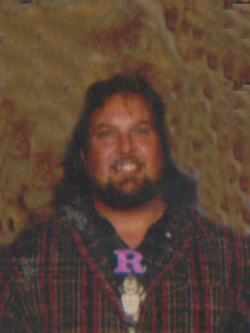 Kenneth W. Hicks, 60, a resident of Cleveland, passed away July 23, 2015, in a Chattanooga health facility. He was employed by Hilcrest Memorial Gardens, was an Army veteran, and loved the outdoors and his family. He was of the Baptist faith. We will greatly miss his humor and love of life.

He was preceded in death by parents, Emmitt and Betty Pendergrass Hicks; and 2 brothers, Terry M. and Steve Hicks.

Funeral services will be conducted at 1:00 p.m. on Monday, July 27, 2015 in the chapel of Ralph Buckner Funeral Home with Reverend Jack Roach officiating. Interment will follow in Beta Cemetery in Meigs Co. The service will conclude with a white dove release ceremony. Serving as pallbearers will be: Keith Ledford, Jimmy Pullos, Jeremy Hammond, Charles Hicks, Kevin Hicks, and Kerry Hicks.