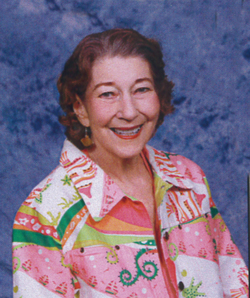 Helen Frances Carden, 83, a lifelong resident of Cleveland, passed away Tuesday, August 25, 2015 at the family residence. She was a member of First Baptist Church. She was a retired teacher after many years of service to the Cleveland City School System and was a member of the Retired Teachers Association. She was an avid reader and volunteered at the local hospital and the museum.

Mrs. Carden was preceded in death by her husband, James E. Carden; her parents, John Lumpkin and Myrtice Adams Lumpkin.

Funeral services will be conducted at 1:00 p.m. Friday, August 28, 2015 in the chapel of Ralph Buckner Funeral Home with Reverend Jim Gibson officiating. Interment will follow in Forest Hills Cemetery in St. Elmo.