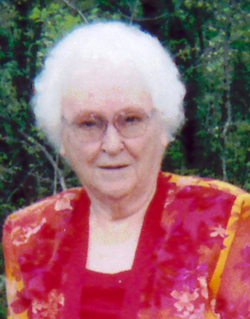 Naomi “Bessie” Clayton, of Cleveland, passed away Monday, August 3, 2015 in a Chattanooga hospital. She was a member of The Church of God at Zion Hill. She was a homemaker and resided in Cleveland her entire life.

She was preceded in death by her husband, James Clayton, Jr.; parents, John Eldridge and Bertha Smith Eldridge.

Funeral services will be conducted at 11:00 a.m. Friday, August 7, 2015 in the chapel of Ralph Buckner Funeral Home with Pastor Anders officiating. Interment will follow in McInturff Cemetery with a white dove release ceremony concluding the service.