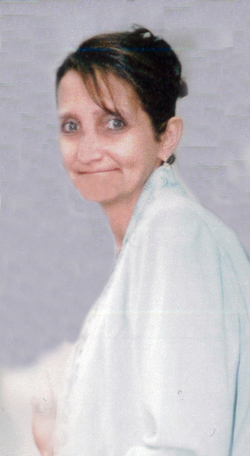 Tammie was born on October 10, 1964 to the most loving father John Wesley Kilgore and mother Diana Kilgore. She was a true daddy’s girl from birth through death.

Tammie was a resident of Cleveland, TN and of the Baptist faith. She was the most loving mother, grandmother “Nana” daughter, wife and sister that you’ll ever know.

She is survived by her husband of 22 years, Preston Cross. Her mother Diana and Ernie Smith. Her children that were her entire world, Dustin and Natalie Kilgore, Jessica and Justin Davenport and Alexis and Morgan Cross. Her heart and soul was her grandchildren; Hunter, Brooke, Emily and Abbi Kilgore, Kayla and Alyssa Davenport, Skylar and Austin Queen and Tiffany Wright; sisters Ramona Kilgore-Wattenbarger, Krystal and Larry Wright and Shari Sargent; brother Jimmy Kilgore. As well as many special and loved nephews and nieces and all the many children that she was momma to over the years.

Tammie was a loving, giving and an exceptional woman that loved everyone unconditionally. Her heart and home were always open to anyone that needed it. Saying she will be missed is beyond and understatement.

Funeral services will be conducted at 3:00 p.m. on Tuesday, January 19, 2016 in the chapel of Ralph Buckner Funeral Home.

Interment will be at Sunset Memorial Gardens with a white dove ceremony.

Funeral At:
Funeral services will be conducted at 3:00 p.m. on Tuesday, January 19, 2016 in the chapel of Ralph Buckner Funeral