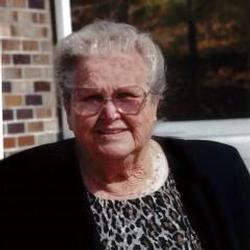 Mattie Emerson Matilda McCarter, 94, a lifelong resident of Cleveland, passed away Tuesday, May 19, 2015 at the family residence. She was a member of the Fairview Church of God.

She loved gardening and especially loved spending time with her children and grandchildren.

Funeral services will be conducted at 11:00 a.m. Friday, May 22, 2015 in the chapel of Ralph Buckner Funeral Home with Reverend Londa Richardson officiating. Interment will follow in Union Missionary Cemetery with a white dove release ceremony concluding the service.