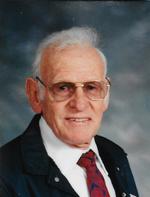 Survivors include his sisters, Joann Latham (Earl) of Tuscaloosa, Mattie Sue Lewis (Walker) of Fosters and Ilene Duncan of Carrollton; eight nephews; three nieces; and a host of many other family members.
H.P. was born July 24, 1932 in Tuscaloosa, Alabama. He graduated from Tuscaloosa County High School in 1950 and joined the United States Navy where he was assigned to Machinist Mate School in Great Lakes, Ill. During his time in the Navy, he served on the USS Palau (CVE-122) and received the National Defense Service Medal, Korean Service Medal and United Nation Service Medal. Upon completing his service to his country he received an Honorable Discharge in 1956.

In 1958, he joined the Alabama State Troopers as a Patrolman in Huntsville, Ala. In October 1967, he received a promotion to Corporal and was assigned to the Mobile, Ala. Post. He returned to Huntsville in August 1968 where he served until 1975 as Corporal. In late January 1975, he was promoted to Sergeant at the Hamilton, Ala. Post where he served until his retirement.

Serving the state with pride as an Alabama State Trooper, he retired after 27 years of service in 1985. His retirement brought him back to Tuscaloosa which was his childhood home. During his retirement years, he was always spending time working on projects around his home and helping family with their projects too. He was well known in his family for his ability to engineer anything needed to make something better. His wisdom will be greatly missed by all.

Alabama State Troopers will serve as pallbearers.
Honorary pallbearers are members of Yellow Creek Baptist Church, Hospice of West Alabama, Maddox Barbershop, employees of L&L Marine and Dr. John Miller and neighbors of the Sexton Bend Community.
A time of condolences and visiting with the family will be Thursday, August 27, 2015, from 4 to 6 p.m. at Magnolia Chapel Funeral Home North. Services will be held at 2 p.m. Friday, August 28, 2015, at Yellow Creek Baptist Church with Bro. Dan Brown and Bro. John Nixon officiating. Burial will follow in Yellow Creek Baptist Church Cemetery with Magnolia Chapel Funeral Home North directing with full honor guard provided by Alabama State Troopers. Visitation will be one hour prior to service at the church. The body will lie in state one hour prior to service at the church.

In lieu of flowers, the family requests that donations be made to Yellow Creek Baptist Church or Hospice of West Alabama.