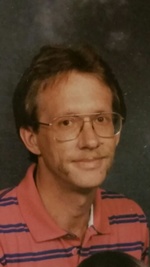 He was preceded in death by his father, Daniel J. McAteer and mother, Faye B. McAteer.
Survivors include his sons, Robby McAteer and Cody McAteer of Carrollton, Ala.; and sisters, Sharon A. McAteer of Tuscaloosa and Joan M. Massengale of Buhl.

Danny was a 29 year employee of Phifer Wire Products and worked in the DF department. He was an avid Alabama football fan, loved golf and had recently taken up fox hunting again. He will be sorely missed by all who came to know and love him.
Honorary pallbearers are Beverly Phifer and all employees of Phifer Wire, Hospice of West Alabama, DCH Regional Medical Center and the Buhl community.

In lieu of flowers, the family requests that donations be made to Hospice of West Alabama, the Cancer Society or your favorite charity .

Visitation At:
Two hours prior to service at the funeral home.