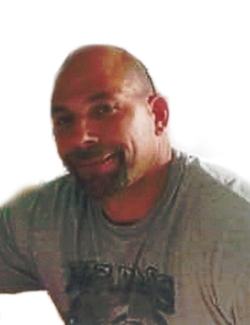 Ronnie “Little Ronnie” Pennick, Jr., 42, of Cleveland, passed away on Saturday, July 11, 2015. He was born in Augusta, GA and has lived in Cleveland since 1986. He was of Baptist faith. Ronnie was a graduate from Bradley High School and has held the school track record in the 400 meter race since 1992. He was employed as a mechanic for Interstate Concrete Company and enjoyed bull riding, motorcycles, and spending time with friends and family.

He was preceded in death by his sister, Casey Pennick.

A celebration of “Little Ronnie’s” life will be conducted at 7:00 p.m. Tuesday, July 14, 2015 in the chapel of Ralph Buckner Funeral Home with brother Robert Nelms officiating. Interment will be private.

The family will receive friends from 5:00 – 7:00 p.m. on Tuesday at the funeral home prior to the service.

Visitation At:
The family will receive friends from 5:00 – 7:00 p.m. on Tuesday at the funeral home prior to the service.