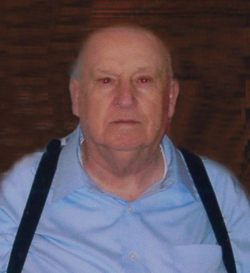 Glenn C. Cantrell, 79, a resident of McDonald, passed away Monday, August 24, 2015 at the family residence. He was a devoted loving father. He loved and was involved in Bradley County politics for most of his life. He served as constable in the 1st district for many years. He was of the Church of God faith. He operated Cantrell’s Used Auto Parts for over 30 years.

He was the son of the late Reverend B.C. Cantrell and Ora Ramsey Cantrell. He was also preceded in death by his beloved wife, Mary E. Cantrell; his son, Jerry Cantrell; his daughter, Judy Cantrell Morrison; one granddaughter, Donia Danette Cantrell; and one sister, Rose Price.