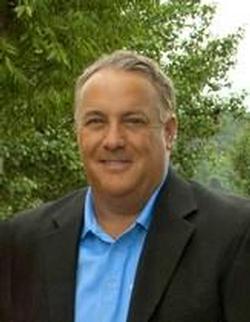 Mike Salisbury, 51, who was a beloved husband, father, son, brother and friend, departed this life on Tuesday, May 26, 2015 to be with our heavenly father.

He was a passionate tennis player and an avid golfer. His wife and girls were his whole life and what an amazing father he was. He was known for his deep love and devotion to family and friends and for his witty sense of humor.

He attended Brainerd Baptist Church and was a native of Chattanooga where he attended Baylor School and graduated from Central High School in 1982.

He was a member of ATO Fraternity, and a graduate of The University of the South Sewanee where he was on the men’s tennis team. He was a board member of the Chambliss Children Home and Bethany Christian Services.

He was preceded in death by his mother, Jeane Salisbury; grandparents, Dean and Mary Salisbury; Michael and Freda Peluso.

He leaves behind the loves of his life for 23 years, Gina Smoot Salisbury and their daughters: Anna and Jessie Salisbury; father, Don Salisbury and his fiancée, Saundra Newman; sisters, Jill and husband, Kim Helton and Karin and husband, Gary Copeland; nieces, Sean and Sara Corum, and nephew, Taylor Copeland all of Chattanooga; father and mother-in-law, Joe and Jennifer Smoot of Morristown, TN.

The family will receive friends from 10:00 a.m. to 1:00 p.m. Thursday at the funeral home prior to the service.

The family is deeply thankful for the outpouring of love and support during this difficult time. The family suggests memorial contributions be made to his daughters, Anna and Jessie Salisbury Scholarship Fund at www.gofundme.com/salisbury.

Visitation At:
The family will receive friends from 10:00 a.m. to 1:00 p.m. Thursday at the funeral home prior to the service.