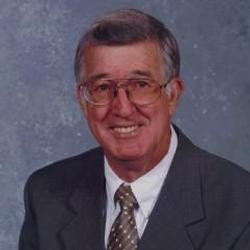 Charles Thomas Brock, 76, of Cleveland, passed away just hours before his 77th birthday on Sunday, March 15, 2015 in a Spring City healthcare facility. He was a lifelong member of First Baptist Church and worked with the two and three year old class for over 25 years. He was an avid golfer in his prime and enjoyed the outdoors. Charles was a true Tennessee Volunteer fan and never missed any of the Vol sporting events. He retired from Bowater Employees Credit Union after more than three decades of service. Before his stint at Bowater he was employed as the accountant at Brown Stove Works. Then he started at the Credit Union in 1969 and served as Assistant Manager and retired in 1999 after serving for 21 years as President and CEO. Charles also served for 13 years on the Board of Directors for the Tennessee Credit Union League and was an active member of the Credit Union Executives Society. He was a loving husband and father, but his grandchildren were his pride and joy.

He was preceded in death by his parents, Thomas C. and Margie Hughes Brock; siblings, Bobby Brock and Carol Burrell and daughter, Debbie Brock McGuire.

The family requests that in lieu of flowers that memorials be made to the American Diabetes Association, P.O. Box 11454, Alexandria, VA 22312 or the American Cancer Society, donate.cancer.org.