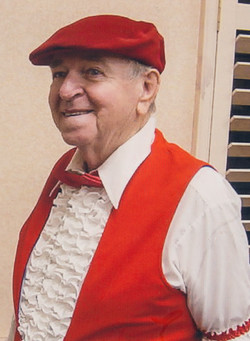 Lloyd William Mummert, 97, a resident of Georgetown, passed away Sunday, August 9, 2015 in a Cleveland healthcare facility. He was of the Presbyterian faith. He was a member of the Masonic Lodge for sixty years. He loved and had been singing barbershop quartet for the past fifty years and was a master bridge player.

Mr. Mummert was the son of the late Lloyd Laboris Mummert and Effie Bachman Mummert and was also preceded in death by his three brothers: Sterling Mummert, Clyde Mummert, and Gerald Mummert.

The family suggests that in lieu of flowers that donations be made to Hospice of Chattanooga Foundation, P.O. Box 19269, Chattanooga, TN 37416.