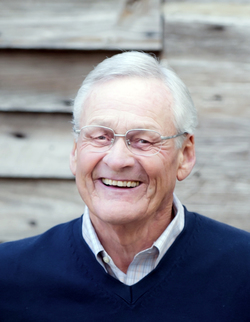 James Max Everhart, 72, a resident of Cleveland, passed away Monday, October 12, 2015 in a Chattanooga hospital. He was a member of Broad Street United Methodist Church.

A native of Bradley County, he grew up on a dairy farm, attended public schools, and graduated from the University of Tennessee at Chattanooga (in absentia) on the same day of his wedding to Margot, a county neighbor.

They have been a devoted couple, grateful for 49 years of marriage and the gift of children and grandchildren.

He joined Cleveland Bank and Trust Company in 1969 and retired as senior vice-president in 1997. He remained a director of that bank and its later successor, First Tennessee.

He was involved in numerous successful, commercial projects, but the project closest to his heart, for both his community and family, was his essential role in the planning, development, and operation of the Tri-State Exhibition Center for exhibitions of livestock, agriculture products and other community events.

He was also involved in various community organizations, such as Rotary, Chamber of Commerce, United Way, Cleveland Bradley County Public Library, The Museum at Five Points, and the Boys and Girls Club.

After his family and work, he loved the competitive games of golf, tennis, and bridge. Golf, with both old and new friends, was his favorite. He enjoyed his investment club, The Bulls and Bears.

Mr. Everhart was the son of the late James J. Everhart and Margaret Harrison Everhart and was also preceded in death by his brother, Larry Lee Everhart.

The family welcomes everyone to remember and celebrate his life by joining them at Cross Creek Farm, 397 Harris Creek Road, Saturday, October 17, 2015 from 3-6 p.m.

In lieu of flowers, memorials may be made to Tri-State Exhibition Center, PO Box 1371, Cleveland, TN 37364, or to a Cancer Foundation of your choice.

Funeral At:
The family welcomes everyone to remember and celebrate his life by joining them at Cross Creek Farm, 397 Harris Creek Road, Saturday, October 17, 2015 from 3-6 p.m.